Last Friday my wife and I finally received our gender-reveal care package from my mother-in-law and found out we’re having a girl! I’m tickled pink, and so excited about it!

It’s funny because most people assumed that I wanted a boy. I had a girl already, after all, so not only would we then have the pair, I would then have “A Son™©®.” I always just smiled and nodded. I know people meant well, but it’s a false assumption based on our patriarchical culture. The truth is that I wanted another girl. I don’t know that I ever voiced it out loud because I would’ve been happy had it been a boy, and really, I’m just amazed and thankful to God that we’re having a second child at all, but in my heart, I wanted a girl.

I grew up with two sisters, and while they love me as their big brother, the bond they share is completely different and far stronger than their bond with me. Even when they’ve been at each other’s throats, they had each other’s back, and their individual lives have been far richer because of it. I want that for my daughter. She’ll have a little sister just shy of three years apart, a built-in best friend, a partner in crime (Lord help me), a companion for life. With God’s help, they will be an unstoppable team and have each other’s backs for life.

Don’t get me wrong, I would’ve been happy if it had been a boy, but I am glad and ecstatic we’re having a girl. My Mom always said I would have all girls, and turns out she was right. I love being Dad to a little girl, and now I get to have that blessing times two! That they’ll both have me wrapped around their fingers is no surprise to anyone, and I wouldn’t have it any other way.

I can’t wait to meet my second daughter this September.

Addendum: Not only are we having another girl, two weeks ago we got a new puppy, a Shiba Inu girl named Ruby. So you see, I am surrounded by women, and I love it. 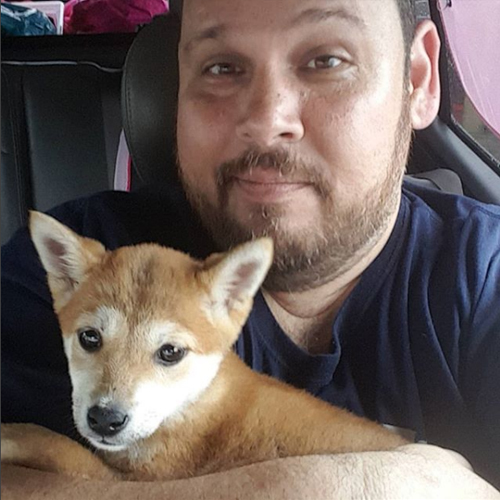